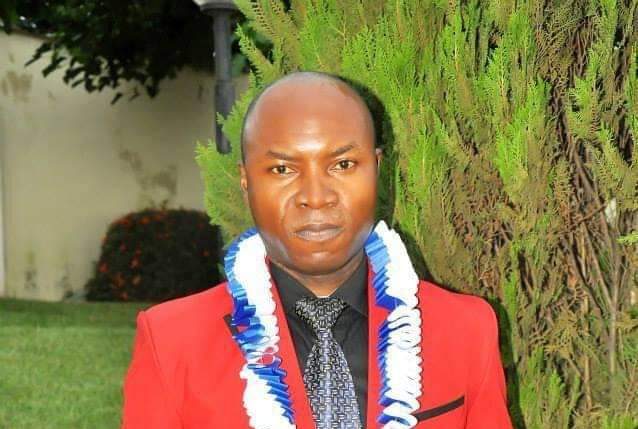 Every time I share the story of how I started writing, I list my major steps and omit, sometimes forget, some small but nurturing moments. One such moment came ten years ago, in my first year at the University of Nigeria, Nsukka, a full year before I knew I would even be a writer. It was in a class taught by Mr. Fidelis Okoro, a man who espoused rigour and valued intellectual sophistication.

Four months ago, in June, Mr. Okoro passed. He taught poetry at the Department of English, and published collections, but he was also a productive playwright, novelist, filmmaker, and musician. In the four years I spent there as an undergraduate, I admired him, and then, after I left, I came to have deep respect and appreciation for his grasp of empathy.

But the person I came to know was, frankly, not at all the person I first heard about. The first time his name came up in my first year, it was in a gathering of my classmates, all of them admiring him but also terrified of him, this lecturer who knew that students couldn’t read ten poetry collections for one course and yet assigned them anyway, and then delighted in failing students. One afternoon, the atmosphere in the Department was gloomy: Mr. Okoro had released his results and seventy-five students had failed. As with everything in student gossip, this figure, I think, was an exaggeration. But it was believable: it fed into the mythmaking that students spun around lecturers.

I’d resumed very late in my first year, in February 2011, only a month to the first semester exams, and I struggled badly to catch up on registering for courses and buying and reading books and submitting assignments, and I ended up doing very little of those. (I never quite recovered until my third year and my GPCA never recovered from the blows of my first two years.) And so I never read a lot of texts that I should.

One of our first year exams was also one of the Department’s most dreaded courses, ELS 133, “Introduction to Drama,” taught, of course, by Mr. Okoro. I’d spent time reading stuff online, thinking myself prepared, until I got to the exam hall, less than an hour to the paper, and saw my classmates carrying piles of materials I didn’t know existed. I was terrified. I rushed and made photocopies from the few who shared theirs. But I couldn’t settle. I couldn’t answer most of the questions. Failure awaited in delight.

I was most fortunate to learn that the Continuous Assessment, worth 30 marks, hadn’t taken place. It was seminar presentation and my group was the only one picked to dramatize a scene from one of Mr. Okoro’s plays—Quagmire, I think. We picked a hilarious scene in which the governor’s mother has headache and the doctor and nurses came in and recommended a range of wild solutions. I played the doctor, my very first time acting, and as I emerged into the class, I almost slipped, and the class, thinking it part of the act, burst into laughter. I remember thinking: I could have broken my head here and you people would think I’m acting! My group was excellent, the whole class laughed, and Mr. Okoro tried to stop himself from laughing. We felt assured of 30 marks. I myself needed 40 marks overall to escape an F.

Then came our results. When I got an E in “Introduction to Drama,” and knew that I was saved only by the seminar scene, and a B in “Introduction to Poetry,” another course of his that I’d better prepared for, I quickly came to my own conclusion: Mr. Okoro had no time for games—he gave you your rightful score. He was simply a teacher who wanted more.

Here is what I wish more undergraduates knew: Never dislike your teacher because you won’t quite learn from them. It was, I realized, the undoing of many of our classmates then. It didn’t apply to me in Mr. Okoro’s case. I liked him. I liked his occasional hat and his suits. And I liked that he had a kind of flourish that I wasn’t sure was intentional. But nobody in our first year liked how quickly he spoke, as if the words were too hot to be stated clearly. In his first class with us, I, then a fast writer, couldn’t understand most of what he was saying, and I gave up. “You have to listen carefully,” a classmate told me. “Just listen and you will flow.”

It was in one of those classes, where he spoke quickly without manageable pause, that he began talking about one of his novels, Cracking the Shell. He wrote it, he said, across thirteen years.

I remember being stunned and being excited. I’d started keeping a diary then, hoping to change the names and make it into a “novel,” but I didn’t consider myself a writer or anything—my dream was to be a professor of history and international relations. I remember being frustrated with the slow pace of the diary whenever I wanted to add a fictional twist, and so Mr. Okoro’s admission, that it took him thirteen years to write one book, opened a well of patience in me, a state of mind that helped steady me.

It was the first debt I owe him, an intellectual one.

Aside one time when I entered his office to ask a question—I cannot recall what—I’d never spoken directly to Mr. Okoro in a private space, until two years ago.

A student in the Department, Akachi Chukwuemeka, had died by suicide. We were acquainted, from The Writers’ Community (TWC), and, one month before, we had a long, extensive private conversation on what about life frustrated him, and so the morning of his death, I was one of the people he called. His friend and I found his body, with almost twelve hours of life left in him, and carried him to the University Medical Centre, from where he was taken to the University of Nigeria Teaching Hospital, where, only minutes after I met his family there and the doctor said it was 50-50 and that we should pray, he passed. A student doctor friend texted me just as I got home. There, in my apartment, I suppressed a scream. It was anger. At some staff in the school.

I never had time to mourn (there is a part of me that finally begins to now, as I write about Mr. Okoro) because we needed to take care of a lot of people. I was worried about the friend who carried Akachi with me: she had seen what she should not have. I was worried about all the calls, the growing number of undergraduates whose own mental health had been triggered. A friend and I went to the Head of Department to protest things. I spoke with a young lecturer in the Department who always did his best for students.

One day, Mr. Okoro called me. He asked about everything. For hours, he listened. I told him that I was under pressure and needed the load taken off me. I told him that it was also the job of the school and the Department to look after the mental health of students. I told him about other students in the Department whose states of mind were worrying. To my surprise, he called them.

Some nights later, Mr. Okoro called again. He had been speaking with the students, he said. He had just returned from visiting one.

I am wondering why, as I write now, many details from that call escape me. But this stays with me: his sensitivity, his complete investment. It is not something one can show if they do not already have it.

I learned of Mr. Okoro’s passing in a WhatsApp group. I had not known that he was ill. I do not like the stress of traveling, but I know that I would easily have made the trip to see him. If I recall well, the last I saw him in person was in my final year as an undergrad, in 2014.

Sometimes, when death happens, we are reminded of the debts we might owe.

Earlier this year, another of my teachers—I say “teacher” deliberately because, while anybody can be a lecturer, not everybody can nurture other, younger minds—another of my teachers at Nsukka who helped shape my skills as a reader and critic, Professor Nnadozie Inyama, died. I never had a conversation with him, or a reason to, and so I could not have told him how much his teaching style influenced me.

But I told Mr. Okoro how his throwaway comment about spending thirteen years writing one book impacted me. And it was on that night that he had just returned from seeing the student. I do not remember what he said, but even in that moment I imagined his face, in a smile.