Between Short Stories and a Novel, My Creative Shutdown and Transitioning 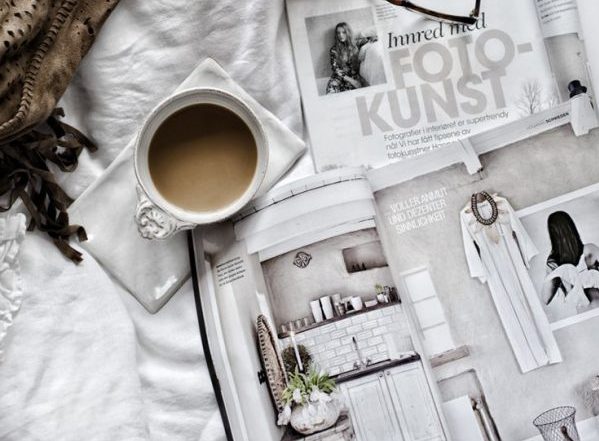 This is only half of the story.

My third idea for a novel came in June 2013, one evening as I was starting a short story. At that time, the manuscript of my short story collection, You Sing of a Longing, was still in its earliest incarnation, on course to be a very different book from the one I eventually finished.

There I sat, facing a yellow wall, the sole window of the room above me, trying to find a shape for a short story but already thinking of a novel. Unlike my first two ideas, this one came in full—the plot, the characters, the setting—and I wrote down the full synopsis, believing I had something special. The collection would take years to be completed, I knew, years of focus that a 19-year-old would have to learn, and still I couldn’t stop thinking of the novel, couldn’t stop thinking of completing the collection so I could hop into it, and because I couldn’t stop thinking, I began writing it, the first chapter, the starts of a few more chapters, drawing an outline, titling the sections.

After completing what I decided was the collection’s final story in August 2016, I decided to take a few months off from writing, partly to celebrate and partly because I was emotionally worn out. But things happened that overhauled my life for worse, the first my own doing, the second the kind that people would call “God’s Will.” With the collection done, I was itching to move onto a novel, had programmed my mind that I wouldn’t write another short story if I didn’t finish the novel, that everything must be channeled into the novel. But there was one “problem”: the ideas didn’t stop coming. I had, I felt, reached a creative peak where every observation morphed into a story of its own. To continue indulging this, to continue collecting the ideas into more stories, would be to never start that novel.

Looking back now, at what I thought I knew, how much I thought I could control, it is easier to forgive myself for treating that continuum of short story ideas as a “problem,” something about which another drastic thing needed to be done.

It is artistic arrogance for a writer to believe in the infinity of their creative powers, to believe in their presumed power to negotiate with it, when it comes, how it comes. I had that belief, and due to it I did something stupid: I shut myself down. I suspended the very thing that made me a creative, the thing from which I’d drawn not just my ability to write but my other abilities to draw, carve, paint: I suspended my imagination, closed off all channels of observation and immediate analysis. For someone whose life is one of heightened sensory awareness, it was a creative coma that I put my mind in. If I hadn’t done it to myself I might have doubted that it was possible. But so was my arrogance that, within weeks, when it became clear that it worked, when the ideas disappeared, when I began to see a raindrop no longer as some metaphor but as a simple raindrop, I was happy. It was, for me, one more example that, at this point, I could do just about anything.

The shutdown was meant to be temporary, a sabbatical from the intensity that writing fiction was for me, because I wanted to breathe and let my breath be just air in my lungs rather than some avenue to start thinking of life in the human body. Without it, the ideas would have continued coming and I’d have remained in my fiction-writing mode, and worryingly—yes, worryingly, stupid of me—I’d have been writing more short stories and would never have started the novel. And so I thought that whenever I was ready, I would turn myself back on, slot back into that mode.

But the thought was as silly as the action that caused it.

If I knew what would happen the following month, I would not have done what I did.

Someone I love died.

When it was over, and I tried to hurl myself back into writing fiction, I found that I couldn’t. I could write essays, write creative nonfiction, because those required only parts rather than the whole of me, and so in my mind, in the absence of that blooded link between my brain, heart and fingers, the new fiction I tried to write lacked that vivacity without which I refuse to write at all. Worse: the short story ideas were no longer solid and the novel refused to be written.

To pass time, I drowned myself in querying agents, convincing myself that it was not so much me as it was my situation, that once I got an agent, once they took the collection off my hands, I would be able to write new fiction again. It wasn’t true. I didn’t write new fiction for more than a year. I couldn’t.

And I am yet to recover.

But between those two phases of my fiction, in that frustrating purgatory, was the start of the best phase of my adult life yet, and surrounded by friends, I spent it working and talking and laughing, having conversations I wouldn’t exchange for anything. It was during one of such conversations, with JK Anowe, that I realised the first step I needed to take to break free. An idea for another novel had come and I was split between the two, split, but more on the side of the latter. JK Anowe agreed that the second was more interesting.

Then a real factor I needed to look hard at: two of the inspirations for the lead characters of the novel had died in the space of four years, and while their deaths, the force with which they’d hit me, was enough to sustain writing them both, doing so would mean confronting their deaths once more.

I wasn’t going to. Not yet.

By the time I wrote the opening chapter of the newest novel idea in December 2017, I was still unsure if I was writing the right book, if like the three previous ideas I might desert it. But it flowed, the writing flowed gloriously. A few more chapters came, less easily but with promise.

It was at that point that I realised that something was missing, felt missing to me, something about the form being unwieldy, about the chapter transitions not being smooth. Perhaps nothing actually was missing and it was just my worries. Perhaps it was just my awareness that I was working in a different genre, a longer genre, one I’d always insisted was the less strenuous of the two and yet was struggling to transition into.

Much of the debt I owe in writing my collection came not from short story collections but from novels: that short story during which start my third idea for a novel came was itself, its language and mood, inspired by the first page, even the first paragraph, of Arundhati Roy’s novel The God of Small Things. However, that several of my stories are novelistic, spanning decades, entire existences rather than just moments in the characters’ lives, is because of my want to realize as much of the characters’ worlds as I could. While it was easy for me to hold their whole lives in a short story, in 10,000-20,000 words, doing the same in a novel, in around 100,000 words, would leave me exhausted, hence my determination to avoid writing a definably cerebral novel, anchored in the characters’ psyche, as I did with some of the short stories—not that the plot would allow me.

Writing a short story collection, having to enter and build several worlds and several sets of emotions one after the other, is more demanding than writing a novel, embarking on this one story with a more coherent emotional system, a river with tributaries. Reading her second novel The Lowland, I suspected that Jhumpa Lahiri, one of my favourite writers, one of the greatest short story writers of the past two decades, resorted to the familiar: crafting the novel as she would a short story,  keeping it contained. My novel came to me a sprawling thing, and in my battle to structure it desirably I was tempted to do what I felt Lahiri did with hers, to pretend that it was merely another, giant short story.

The temptation was not dissuaded by my finally finishing Michael Ondaatje’s The English Patient, my hope that studying its plotting, different as it is from mine, might provide the spark I needed. But my resolve strengthened when I opened Junot Diaz’s The Brief Wondrous Life of Oscar Wao, itself sprung from a short story, and after reading its prologue I became determined to do exactly what I wanted with the novel, to never think of an easy way out.

A different kind of writer like Roy just tells the story. It isn’t an easy thing, just telling a story, aware of the requirements of a genre and unbothered by it, just telling the story and knowing that, by its end, everything would have resolved themselves. Writing The God of Small Things, she has said, was like building a house, but writing her second, The Ministry of Utmost Happiness, was like building a city. It would appear that those, building a house and building a city, were two of the strands that writing novels fell into. Mine feels like a city, and even when taking literal walks through streets that meander and meet, I am aware of this, am thinking of it, of main plots and subplots.

Which is why, a few days into the new year, when someone who was supposed to be a kind of tour guide on a travel suddenly opted out due to personal engagements, I felt stranded, like I was out on this ocean, standing on a patch of sand. Frantically, I called Arinze Ifeakandu. He called back, and after nearly two hours of me brooding and him saying don’t worry, the book’s path changed. By opting out, this guy made it far easier for me to write within what I knew, where I’ve been. But the change was temporary: Within weeks I flipped back to the earlier, tougher but better idea. Still, that panic I felt had been useful, that temporary change; it had done what it needed to do: recalibrated me.

In writing this novel, I have become aware of so much more, on a more detailed level. I have been thinking of suspense and subplots in a way I have never done before. I have considered doing away with chapters.

On a few blessed days, I think I am feeling my way back into that gunning version of myself. But on most days I know I haven’t fully recovered; I feel like a surgeon trying to regain full control of his hands. The story is moving gradually. The irony isn’t lost on me: that novel for which I almost wrecked myself will not be written anytime soon, not in the coming ten years.

9 thoughts on “Between Short Stories and a Novel, My Creative Shutdown and Transitioning”