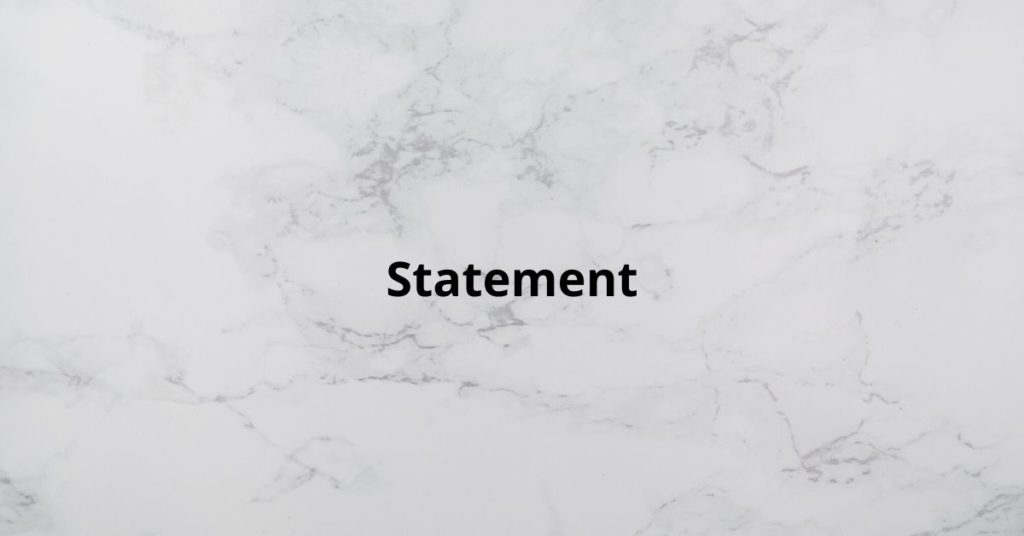 Today, April 15, 2020, my time as Deputy Editor of Brittle Paper came to an end. It is a position that I originated and used to expand the platform’s brand, improve its image, and in general successfully undertake major unprecedented projects in the African literary scene.

I was asked to join as Submissions Editor by Ainehi Edoro, the Founder and Editor-in-Chief, after she published and was impressed with the Enter Naija: The Book of Places anthology, which I edited. I began work on November 22, 2016: reading, editing, and publishing submissions, corresponding with writers via emails, and establishing a professional relationship with our contributors based on trust and in the assurance that, no matter what they wrote, as long as it is based on facts, Brittle Paper would be there for them.

Although my job was solely to deal with submissions, I instantly began regular blogging, launching an annual list of The Notable Pieces of the Year (2016, 2017, 2018). By March 2017, I was asked to temporarily be Acting Editor and take over the full running of the platform while the Founder took a break. In August, to mark the platform’s seventh anniversary, The Brittle Paper Awards, ideated and administered by me, was launched: the first by a literary publication in Africa. It has run for three years now. For the next two years, with a team I was committed to expanding, I led the running of the platform, a whole world of reading and editing and emailing and publishing, with the aim of repositioning it, going out of my way to explore sources for funding. I did this even when I was dragged down by my masters studies, lecturing duties, my own writing, and the drain of shuttling between cities daily. I loved the platform and how it could be used to open doors for the scores of young writers who, like myself, are starved of opportunities not because we lack the talent but because of development and class barriers. I also loved the Founder’s person and openness, and with her permission, we established a grassroots support availability for writers, including and especially those who are queer. Last year, our work and support for queer writers was profiled in Literary Hub and I facilitated Brittle Paper’s invitation to the Lambda Literary Festival in Los Angeles, which I could not attend due to another commitment. When controversies arose, our editorial board, consisting of the Founder and myself, often discussed how to cover it, and if I already did, we discussed how I covered it. In general we discussed her vision of the platform and the direction my addition could take it.

On Monday, April 13, 2020, I published a brief report of a novelist and state First Lady’s supportive comments on a gang-rape threat issued by her son and coated in ethnic diatribe. That she is a novelist, even if she is also a politician, places it in the area of Brittle Paper’s focus, which includes writers’ lifestyles. The Founder called me and expressed concerns about my criticism of a Nigerian newspaper in it and the informal and strongly worded tone addressing said novelist. I edited the post, removing the relevant sections. The Founder called back a few minutes later and said she wanted to take down the report. That was unacceptable to me. I saw no reason why my post-publication edits, which removed my opinion and restricted it to reportage, were not enough. I saw no reason why her concern about my lack of objectivity was not something that could be fixed by her own edits or rewriting. I saw no reason for these because everything I had written was factual. So I cut short the conversation: I said I no longer wished to discuss this report, that she should take it down if she wanted.

Six hours after the report was un-published and questions grew on social media, a statement was shared on Brittle Paper’s Twitter and Facebook accounts. I was neither consulted before nor was I informed after it went public. Because I have done most of the day-to-day running of the platform, people presumed that I took the post down and put up the statement.

My last communication with the Founder was to notify her that I would be making a personal statement, which I made clear to her is intended to distance myself from an injurious situation that I opposed but was now getting blame for. Her reply: “Feel free to do whatever you please.” On Tuesday, April 14, I emailed her a copy of my statement two hours before making it public. I have not received a reply. Because I have worked mostly from my personal email, I also commenced a transfer of emails from my official Submissions Email. For transparency, I left the notification on the official email so the Founder could see what I was doing. I woke up today, April 15, to notifications that I have been logged out of Brittle Paper, its social media accounts, and its WhatsApp group, our primary work communication space. It is an unwarranted and huge leap in reaction that I receive with quiet shock. I have not been informed why.

I am proud of the work we have done, undermined as we were by a lack of funding despite my best efforts. I am indescribably proud that I have done what I set out to do: open more opportunities, make what has for long seemed impossible for the young African writer suddenly possible.

I am leaving Brittle Paper because this censorship goes against everything that the platform has demonstrated in the past and that I believe it should continue to stand for: a space of freedom, one that should be able to handle internal criticism. I believed that the opposing statements, mine and the platform’s, should have led to a rigorous internal dialogue on what the platform stood for, and I was ready to offer ideas on the way forward, to restore the literary community’s confidence in it, one way of which would have been to constitute an Advisory Board. Literature should be the last stronghold of dissent, and if the biggest literary media platform in Africa has strong-armed its editor this way, what hope is there for the writers who have shared their criticism of this First Lady’s family’s human rights issues and the literary festival it supports with us in the past? How do we now guarantee the safety of these writers? How can this platform still offer moral support as we have done in the past to non-Nigerian writers who used pseudonyms to bravely tell stories about their countries where freedom after speech was not a given?

I am withdrawing all my creative work from Brittle Paper: my short story, “A Tenderer Blessing,” and my creative nonfiction, “The Lion in Harmattan.” I am withdrawing in particular my report of the sponsorship problem in Nigerian literature, a report that blames governmental failure, because a continental literary platform that does a Nigerian state government’s bidding has lost the ethical authority to criticize anyone else’s lack of a moral backbone. I am also withdrawing from Brittle Paper all of my unactivated Intellectual Property, all the projects I proposed, all the ideas I shared, all the research I conducted, which have not been made public.

Removing me from Brittle Paper is part of the political agenda to subsume Nigerian literature and make it difficult to be an honest writer here. Their takeover is now complete. But I leave completely happy with every decision I took in the last two days. I leave fulfilled.

Critics have been going missing in Nigeria, and in this time I am thinking of my family and what it means for them to have a son who has now become a state dissenter. While I have put my family on alert, I want to think that they and I will remain safe. But I am also taking precaution: I have provided my close friends, within and outside literature, with a list of every single time I shared my address. If anything happens to me or my family, they know who to hold.

I call on writers everywhere who care about our freedom of speech to protest this mutation of a cultural space into a propaganda arm of a government. Nigeria has long failed us as a country. We should not let our literature fail like this. *

CLARIFICATION: My relationship with Brittle Paper and its founder Ainehi Edoro was not one of “employment”; it was an editorial partnership, which explained why I simultaneously had other major jobs in the African literary scene.

UPDATE: 48 young African writers and two organisations published a statement in my defence titled “Writers Against Bullying and Obfuscation of Truth.” They put it on social media because they did not trust any Nigerian media outlet to publish it without changing their words. Read below:

UPDATE: Following the conspiracy in the Nigerian media to publish baseless reports about my character, and the bullying by a group of older African writers and US-based African Studies academics to silence me, all built around unspeakable lies told by the “Founder” in question, Ainehi Edoro, I have sued her to court to pay me all monies she owes me.