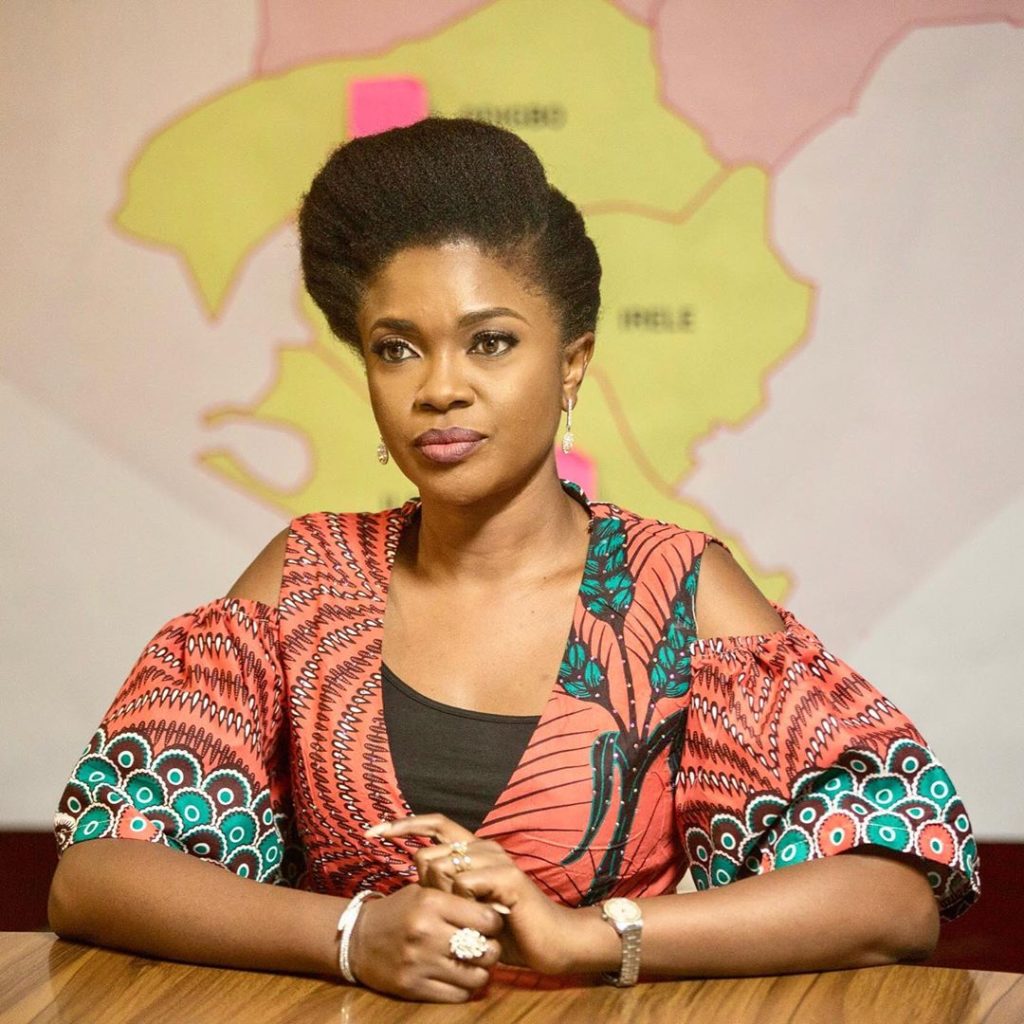 The day I went to see Omoni Oboli’s Love Is War was the first day I saw it on the cinema company’s site. The premise, wife Oboli and husband Richard Mofe-Damijo running against each other for governor, interested me. And I like watching Oboli on screen. So I went. And paid. And sat. And within ten minutes realised that this is a film that simply refuses to step up.

The problem with Love Is War is that it doesn’t know what to do with its promising material. It goes from big beat to big beat, with buildup very secondary to its intentions: it raises the stakes and raises the stakes but fails to pause to consider the meaning of what has been raised. This is a film that, in its world, offers the “first female governor in Nigeria,” a woman from Niger State married to a man from Ondo State, a member of the President’s cabinet who is handpicked by His Ultimate Excellency to be the party’s candidate in the election, and rightly raises the problems of ethnocentrism and sexism, and yet, while doing its bit to reckon with sexism, it shows us Her Excellency-elect riding over the tribalism sentiments with an unconvincing counter-campaign that just won’t work in Nigeria because people are not that gullible or forget easily. And how convenient that the husband is convinced to run against his wife.

Love Is War frustrates on several levels, and the worst is its handling of rape. In the film’s first climax, Wife challenges Husband to a debate on national TV. They are going at it when Husband decides to go there, stopping short of revealing something damning about Wife’s marriage to him, causing curiosity in the onscreen audience, and Wife, shocked, garners courage to finish the story for him, revealing that her boss raped her. It is the film’s best showing of a woman wrestling control of her own narrative. But what comes next is a no-show: the film sidesteps the public reckoning with this story by a female gubernatorial candidate in Nigeria and just. Races. On. With the campaign. A storytelling decision—failure, really—which presents that #MeToo moment as a political move by Wife to, with all the public sympathy, swing back in as the frontrunner. It is, for me, unforgivable screenwriting.

The acting is irritating. Toke Makinwa looks like an apprentice TV presenter. Richard Mofe-Damijo adds nothing beyond his charismatic self. Damilare Kuku, as the couple’s child, gives, I think, the worst performance. The actors who, in my consideration, do what I presume they should know to play the core politician characters: Shafy Bello as the Minister, Jide Kosoko as the Otunba, and Akin Lewis as the Governor—and this may be because, in their jobs, most Nigerian politicians are such one-note characters that it may be impossible to fail to depict them onscreen. And then there are Uzor Osimkpa, as the personal assistant to Her Excellency-elect who makes the right supporting faces, and William Benson, as Husband’s deputy governor-elect who does not so much perform as simply appear looking classy and concealed and determined and self-conscious—not enough but enough for me to want to see him in another film.

Oboli has a lot of ideas but needs not only a top screenwriter but a creative team to extensively develop them. Still, I like those ideas enough to go see her next film.