How (Not) to Compare Viola Davis to Meryl Streep 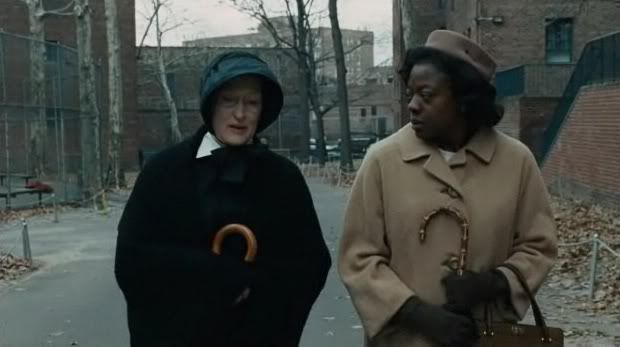 Can Meryl and Viola be compared? I think so—it’s okay to compare careers for positives. But in the way that said tweet did? I don’t think so because the tweet overlooks many things. They’re both Great Actresses. Meryl is regarded as the greatest actress in modern cinema alongside Katharine Hepburn (who disliked Meryl’s acting due to what she said was an overreliance on technique). In the generation after Meryl’s, Cate Blanchett is considered the greatest. Cate may be in Viola’s age bracket but their breakthroughs came at different times. I’m using Cate to illustrate the gap between the breakout of Meryl in the late 1970s and that of Viola in the late 2000s. Nearly 30 years between the two friends’ breakthroughs although they’re 16 years apart in age—Meryl is 69, Viola is 53.

Racism is real in Hollywood, so Meryl, a White woman, can lay claim to far, far, far more roles than Viola, a Black woman. More roles equals more showcases of range equals more recognition and awards. Still, for someone whose first Oscar nomination was in 2009, Viola already has the most nominations for a Black woman (three, now tied with Octavia Spencer) and is the only Black acting professional to win the Triple Crown of Acting: Tony for Theatre (twice), Emmy for TV, Oscar for film. Also the first Black winner of that Emmy for Best Drama Actress.

Where Meryl had precedents on her path to greatness, Viola is a precedent for non-White actresses. Meryl never carried a TV series and made it, at one time, the highest rated drama on TV. Viola did. While roles are always written for women of Meryl’s race, a woman like Viola, someone not only Black but a dark-skinned Black, has had to struggle for roles. So she takes the ones she gets. Note, though, that the lead roles for How to Get Away with Murder and Widows were both written for White women. Rewritten after Viola got them.

While I think Meryl has the greater technique, I think Viola is the more balanced between technique and emotion. Meryl is efficient but Viola transforms the tiniest of moments into lasting impressions.

They’ve been in a film together: Doubt (2008), in which Meryl is the lead and Viola has 12 minutes, all spent with Meryl in one scene regarded as a rare moment in which Meryl was outshone. Those 12 minutes alone got Viola her first Oscar nomination, for Supporting Actress.

They’ve contested an award: Best Actress recognition in 2012—Meryl in The Iron Lady, Viola in The Help—and Meryl’s win is regarded as an upset. Over the years, for her excellence and the extraordinary, really extraordinary love the industry has for her, Meryl has three Oscars from 21 nominations. Despite the barriers provided by racism, Viola has one from three. The ratio is (if I still recall my math) 1:7 vs 1:3. Viola’s is higher.

Who do I think is a better actress? Give Viola 20 more years and varied leading roles and then we will have that conversation.

I must add, too, that people see Annalise Keating in every Viola role because that character is so iconic and recent. If you lived in the 1980s, you’d know that Meryl was associated with her character in Sophie’s Choice. Also, other modern greats are associated with specific roles: like Helen Mirren is for The Queen.